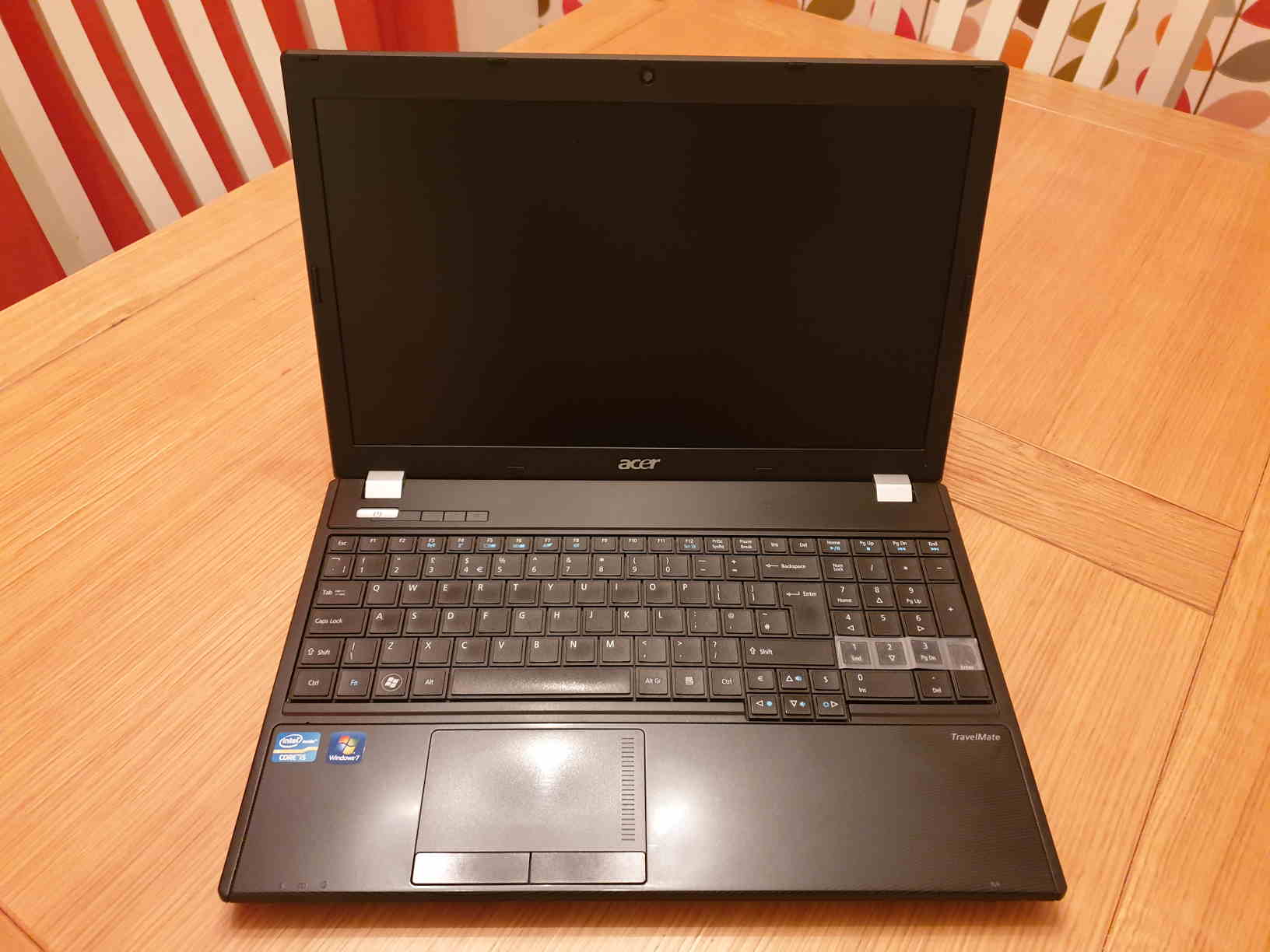 Previously, we spoke about whether it is worth reviving old laptops. Today's laptop service gave us an excellent case study.

The ACER TravelMate 5760 is a humble, understated, un-special, run-of-the-mill workhorse laptop. It was put together quite nicely from the factory. The plastics were decent, which is why it is not falling apart at every corner. A common trait of laptops then, and now, is that plastics tend to get loose, slight knocks turn into cracks, black plastics turn to grey and they look generally worn out. After some light refurbishing, it might as well be a new laptop! OK, that is taking it a bit far - it's nothing like a modern laptop other than it being a rectangular computer. Sitting this next to a new laptop is like parking up next to a modern car in an old, boxy Volvo. What I am trying to say, is that with a clean-up, it looks very presentable and isn't a wreck. This laptop has stood the test of time.

This is why I tend to recommend, where the budget permits, to go for the "business" series of laptops rather than the "consumer" variety. With ACER, go for the TravelMate over the Aspire. With Dell, buy the Latitude over the Inspiron. For HP, prefer a ProBook over whatever is a "special offer" for £399 that day, and so on. On paper, the business laptops have similar specifications to the consumer grade laptops, while being slightly more expensive. Looks are in the eye of the beholder (some prefer the bells and whistles look of the consumer models) so you can’t necessarily go on what looks "nice". You will only notice the quality of the business laptops when you use them. You can feel the business models are of a better grade.

Something just seems right about them; the key strokes, the feel of the plastic, less flex, nicer hinge action  - it’s difficult to describe unless you have been around many over laptops of different brands (and in my case since the 1990s). 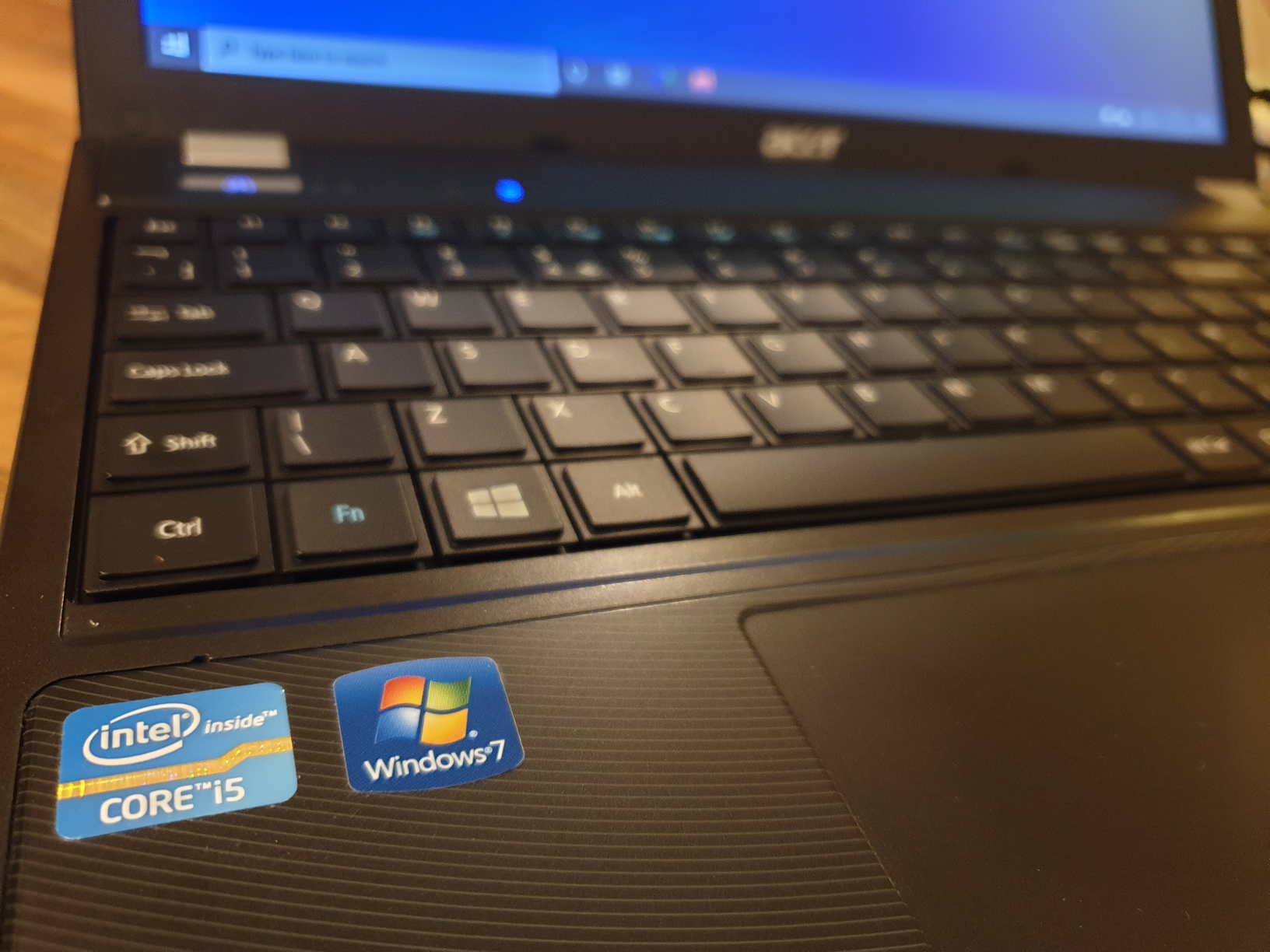 My evidence may be anecdotal. I would like to think my anecdotes over this many years count for a lot. I have more consumer-level laptops coming in with broken hinges and cracked chassis. And when it comes to upgrade time down the line, more business laptops come back. This clearly tells me which laptops last longer, stand the test of time, and are worth spending money on.

Anyhow, back to the Acer in question. It came in as a laptop that had been sitting in a cupboard for some time - it had been slow for a while and before it was housed in a cupboard, it was passed around as a last resort for anyone that needed a temporary laptop for whatever task they had to do that moment. It had sticky tape holding down 3 of the broken number keys, but that wasn't what forced it's retirement. That was a little more severe: Plugging the laptop into the mains resulted in instant tripping of fuse-boards. Many would consider this laptop as well and truly "dead".

But this wasn't the end for this laptop. It still had potential in my eyes despite issues beforementioned (and that is not to mention to the couple of insects behind the screen which we know as "thrips" and those of you in the US will know as "thunderbugs"). The power issue could have been numerous, very bad things, but it was caused by a mere C5 power lead - which was a cheap fix. The slowness...well...it’s a Core i5 Gen 2 so will never be lightning fast compared to modern processors, but changing out the mechanical drive for a small SSD and a fresh copy of Windows 10 solved that to a degree (it had been upgraded to W10 for free at some point in its life).

It has 4GB of RAM. That's enough for most tasks, although 8GB would give it another boost. Boot up time and general usability was massively improved by the SSD. I could go on about SSDs until people get bored but I won't, other than to say your old laptop really needs an SSD. The keyboard could have been left as it was, with the broken keys, but replacing it seemed the right thing to do. A month wait for the keyboard from China and a few minutes to fit and this laptop is now a nice thing to own, and use. And of course finished off with a rub down with Ambersil Amberclens with a clean micro-fibre cloth. More on that later. 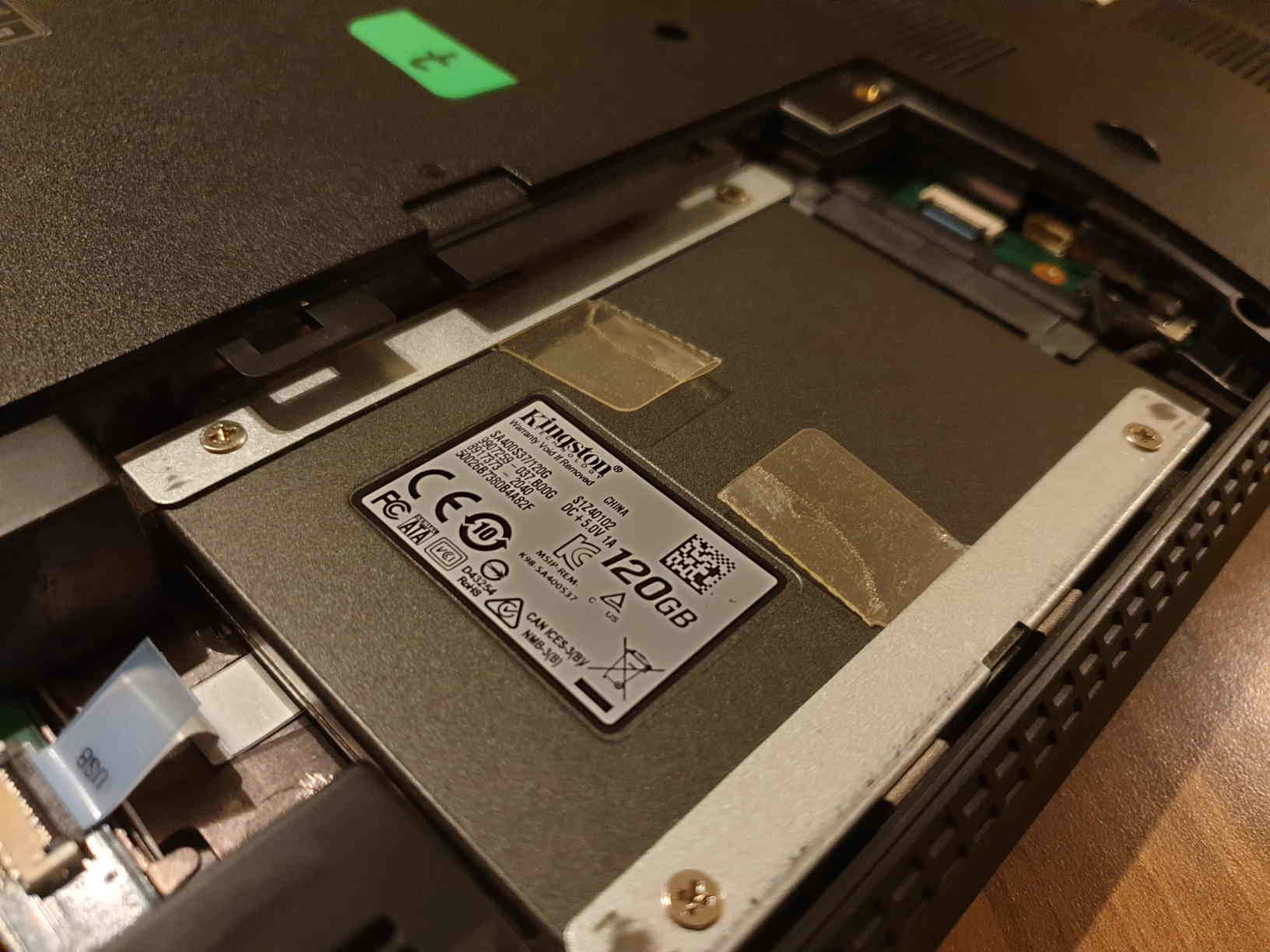 But is it worth it? I would say a strong "YES". A small SSD was £30, power cable £5, keyboard £30, labour £70. £135 may seem a fair bit to spend on a 10 year-old laptop but ask yourself: what could you get for that new? Nothing. Or even second-hand? Not a lot. £135 plus VAT and you have a responsive, nice to use, sturdy laptop that should give a good few years’ service yet. I’ll forgive it for having Thrips in the screen – perhaps that’s a hidden story to tell.